By Chris Stewart
by Christine Stewart

This is a four? five? part series (we’ll see how it goes!)

Let’s talk about two of the big factors in a workshop group. One good, one bad. One you want, one you don’t.

It’s chemistry. This is fairly self-explanatory if you’re dating, but maybe not so clear when it comes to a workshop or critique group. You don’t want to be nervous and sweaty or want to have a quickie in the closet with anyone in the group. (No, you really don’t.) What to look for:

Longevity: if it’s an established group you’re joining, how long have they been meeting? A year or more shows they’re solid. If you're starting a group, ask for at least a 6 month commitment, where the group meets every 2-3 weeks and agree to reevaluate at the end of the 6 months.

Training: not to be snotty, but ideally everyone in the group has either taken workshops that included discussions and applications of craft, or has a degree of some kind in writing. The best writers know what the tools of writing are and when and how to use them, and experiment regularly with various elements of craft to keep stretching their skill set.

Humor and a Thick Skin: in general - don’t be a sourpuss. You cannot take critiquing personally. You must be able to distance yourself enough to hear that your poem or story doesn’t work and why. Even if only one person tells you that, there is always a grain of truth in what’s said. Be objective enough to find and consider that grain. Bake it into the rewrite even. Don’t be the one that brings the group down because you can’t take it. People will begin to censor themselves when critiquing you and that compromises the integrity of the group and just plain sucks. If the group already has one of these and it looks like he or she isn't going anywhere because no one has the nerve to bump them out, don't join that group. If you find a group that laughs a lot when critiquing, hang on for dear life.

Integrity: as just mentioned, this means that nobody pulls punches. Because of their training (see above), each member knows how to critique using the terminology of whatever form is being discussed, and gives examples and makes suggestions for how to strengthen the work and, this is crucial, they do so based on the voice and style of the writer, and what they perceive the writer is trying to accomplish, not what they personally want the writer to do or what they would do. You can certainly say, ‘as a reader, I would wish/hope/look for…’ but that’s it. Let them be themselves.

Comfort and Challenge: when you’re with this group, do you feel comfortable? Great. But do you also respect and admire the work of the other writers? Do they challenge you to write at your highest and best level because of that respect and admiration? Or are you so green with envy that you have to slather lots of that color correcting makeup before you meet up with them? Comfort without challenge is a no-go.

When it comes to chemistry (and this is similar to dating) size matters (sorry guys). I was recently invited to join a group that has 9, sometimes 10 members. Though it’s a good group, I declined, not because I already belong to a group - it’s fine to belong to more than one group, but maybe a maximum of 2, or you will spend more time preparing for meeting with them than you do on other worthy endeavors like, um, writing – but because the group only workshops 3 pieces, which means members are critiqued only 4 times a year (they meet monthly), which, to me, is not worth the time. My current group meets every 3 weeks and everyone gets critiqued each time (there are 3 of us - shout out to Evan and Frank; we just had our one year anniversary!)

So think in terms of crowd control. I think odd numbers are best; there's something about the balance and symmetry of even numbers that creates too much agreement and not enough discussion. So I would suggest 3 or 5. A smaller odd-numbered group is a more intimate, truthful group; it has a little edge, which keeps you on your toes. You’ll spend more time on each other’s work, get to know each other’s style better, everyone can be critiqued at each meeting, and there will be less chit chat at the beginning of each session, which brings me to the: 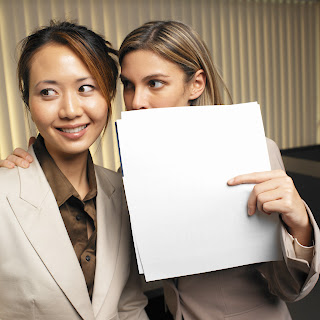 Therapy and gossip. This is not what workshops are for. As mentioned above, there is always some chit chat when people get together, but comparing Brazilian wax horror stories, fantasies about your boss, complaining about the kids, or plotting how to impeach the current president has no place in the workshop (unless your piece is about one of these things).

If you just caught your husband in bed with the 18 year old boy next door you had your eye on, keep it to yourself and share it with friends at another time. Better yet, write about it!

If the members of your group would like to spend time discussing/brainstorming about practical things like: finding time to write, health insurance for freelancers, query letters, or which conferences to go to, add an extra half hour to your meeting time (do not cut regular time short in favor of doing this, that’s a bad habit to start), or meet on another day for lunch or dinner and do it then.

Too much talk and before you know it forty five minutes have gone by or one or more members of the group are asleep or have left altogether.

In future posts: Besides chemistry, what else makes a good workshop? How to run the group (including where), how to critique (how to say more than, “I like…., I don’t like…), and how to know when it’s over, or when to break up with your group and more!

Chris Stewart is the founding director of the Write Here, Write Now workshops in Baltimore and a program director for literature with the Maryland State Arts Council. Her website is www.therealwriter.com