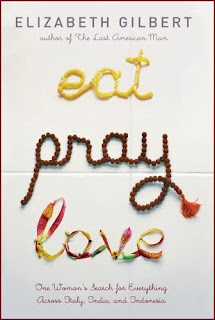 As a publicist, I'm sent books of all genres by authors interested in my services, but lately I seem to be on the receiving end of a lot of memoirs. I've also spoken to a higher-than-usual number of memoir writers, who either telephone or approach me with questions at writer's conferences. The bulk of these conversations have to do with why their memoirs aren’t selling and what the authors can do to make them better.

My first suggestion for all memoir writers is to take a look at their market and identify the different types of people who would want to read their book. This is tricky, for while many memoir writers have done a good job of detailing certain aspects of their personal history, a number of them have not thought about who might be interested in reading what they've written.

A lot of memoirs I've seen recently are nothing more than personal recountings of an individual’s experiences – some of which are, indeed, memorable. But I've found that a great number of memoirs contain information that might only be interesting to the author. In this category, I include stories about having a child out of wedlock, rescue missions by health care workers, struggles with family members over an elderly relative’s care, vacations or trips abroad that the author found life-changing, collections of stories that the author told his/her children while they were growing up, or collections of a family member’s letters from World War II. Although engaging and, occasionally, entertaining, books with these topics typically focus on material and/or experiences that a number of us have already encountered in our own lives. And, thus, because we readers are familiar with the situations ourselves, stories like these don’t always make interesting reading.

So, what makes a compelling memoir? I believe that in order to become a bestseller, a memoir must have a strong storyline. That means that there is a beginning, middle, and end to the events that are recounted in the book. Examples of breakout memoirs with clear timelines are Isak Dinesen's Out of Africa, where the author, Danish baroness, Karin von Blitzen-Finecke, describes the political and emotional barriers she faced while trying to build a coffee farm in Kenya, and Before Night Falls, by Reinaldo Arenas, the rebellious and flamboyant Cuban poet and playwright, who describes both his early years as a homosexual artist under the Castro regime, including his imprisonments and escapes, and his last days as an exile in the United States.

Successful memoirs also have compelling or distinct characters in them. Just like fiction, a good memoir will introduce the reader to individuals who are memorable and, sometimes, highly unusual. Examples include Augusten Burrough's mother, Deidre, and her unorthodox psychiatrist, Dr. Finch, in Running with Scissors, or the sadistic mother in A Child Called It by Dave Pelzer.

Oftentimes, as in fiction, the individuals in a memoir will be sympathetic, so that readers strongly identify with them. This is particularly true of Eat, Pray, Love by Elizabeth Gilbert, who begins her book by depicting herself in a heap on the bathroom floor, devastated by a recent divorce, or Joan Didion in The Year of Magical Thinking, who lost her husband to a sudden heart attack and shares the aftermath with the reader in a way that is heart-wrenchingly honest.

Another reason for the success of these two memoirs is the fact that they both tell love stories. In Eat, Pray, Love, Gilbert begins the memoir with the loss of love (after a failed marriage) and then ends it with the start of a new relationship with the man who will become her next husband. Likewise, Didion recounts the significant moments of her marriage to her husband, John Gregory Dunne, as she describes her attempts to grapple with her grief at his passing. These two books are skillfully written, with clear, strong voices and brave directness, and both authors draw painful moments with great tenderness.

People in successful memoirs often face situations with high stakes consequences and experience an emotional trajectory, or arc, whereby the individuals are changed somehow at the end of the book. Many memoirs have to do with the author or a parental figure teetering on the brink of alcoholism (Don’t Let’s Go to the Dogs Tonight by Alexandra Fuller), destitution (Angela’s Ashes by Frank McCourt), poverty and spousal abuse (All Over but the Shoutin', by Rick Bragg), drug addiction (A Million Little Pieces, by James Frey), cultural adversity (Three Cups of Tea by Greg Mortenson and David Oliver-Relin), and life-threatening adventure (Into Thin Air by Jon Krakauer). What makes these books stand out above the others is that in all of these stories, the authors and/or their loved ones faced extreme circumstances – incarceration, kidnapping, starvation, emotional abandonment, and, sometimes, immanent death – and somehow survived.

In addition to the victim/survival type memoir, there are celebrity memoirs, where the author recounts his own story as a celebrity or his experiences living or working with one (examples include Here's the Story by The Brady Bunch star, Maureen McCormick, or Everything about Me is Fake and I'm Perfect by supermodel Janice Dickenson). There are also tell-all or insider memoirs, where the individual describes events in an environment that most of us would never have a chance to experience. Many of these are political in tone, such as John Dean's Blind Ambition, the anti-Nixon tome published in 1976, or George Stephanopoulos's All Too Human, which described intimate details about the first family during the Clinton administration.

The message here is that unless your memoir is something like the ones I've mentioned in this post, you might have a tough time selling it. That doesn't mean that authors shouldn't write memoirs – on the contrary, writing a memoir can be a wonderfully revealing and cathartic experience for the author and of great significance to family members and friends. But to reach further audiences, memoirs that don't involve a celebrity connection or insider information must have a definable storyline, remarkable characters, high stakes, and a great love story – or some combination, thereof – in order to experience breakout success.
_______________
Paula Margulies is a book publicity and promotions expert in San Diego, California. You can reach her at paula@paulamargulies.com, or visit her website at www.paulamargulies.com.