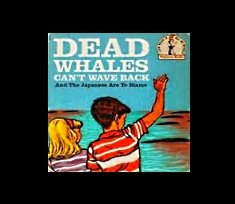 Following a desultory lurch into relevancy on the part of the panel, one poor neophyte stood and asked the assembled if he should worry about his novel title before becoming published. Did it really matter? He'd received way too many opinions and desired a final tiebreaker. And the consensus answer?

Don't worry about your title... Huh?

Not long ago, I attended a panel at a mega-large writer conference. It consisted of authors who had recently been published (small presses, mainstream imprints, e-presses). There were about 150 people in the room. Following a desultory lurch into relevancy on the part of the panel, one poor neophyte stood and asked the assembled if he should worry about his novel title before becoming published. Did it really matter? He'd received way too many opinions and desired a final tiebreaker. And the consensus answer? No. You don't have to be concerned, and besides, the publisher will most likely change it anyway...

I sat there dumbfounded. So basically, these people told this guy that pitching his novel or nonfiction with a crappy, foolish, or hackneyed title was perfectly fine. Not to worry! Call it whatever you want. How about THE WHINE OF ROMAN DOGS ON CELTIC WINDS? Yeah, that's a good one!... Must I spend any more space telling you why this was not only not perfectly fine advice, but perfectly stupid and self-defeating?

A bad title is like a warning siren going out ahead of your pitch, whether it be an oral pitch or query letter. It makes a horrible whining sound of warning, and it seems to be saying to those who read or listen:

Regardless, what is your breakout title? How important is a great title before you even become published? Very important! Quite often, agents and editors will get a feel for a work and even sense the marketing potential just from a title. A title has the ability to attract and condition the reader's attention. It can be magical or thud like a bag of wet chalk, so choose carefully.

Go to Amazon.Com and research a good share of titles in your genre, come up with options, write them down and let them simmer for at least 24 hours. Consider character or place names, settings, or a "label" that describes a major character, like THE ENGLISH PATIENT or THE ACCIDENTAL TOURIST. Consider also images, objects, or metaphors in the novel that might help create a title, or perhaps a quotation from another source (poetry, the Bible, etc.) that thematically represents your story. Or how about a title that summarizes the whole story: THE MARTIAN CHRONICLES, HARRY POTTER AND THE CHAMBER OF SECRETS, THE WORLD ACCORDING TO GARP, etc.