No Mediocrity - Push into the "Ugly"

By Chris Stewart
So what's your edge? 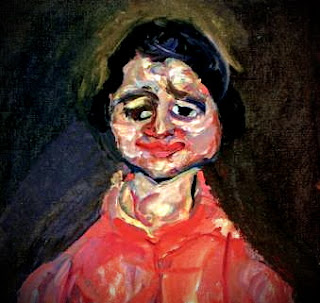 I just finished reading two very mediocre books, both very atmospheric, but without much story because the story was buried somewhere in that atmosphere (and, in one case, lyricism, as one book was written by a poet and she was so in love with her writing she didn't realize there wasn't actually a story). I'm not going to tell you what either book is because one is a Pulitzer Prize winning 'classic' and I don't feel like debating its merits. The other was represented by an agent I'm going to send my current novel to, so a little self-preservation is called for!
While dragging myself to the final chapters of these books, I realized that what's missing is fear. In writing, a healthy dose of MyGodICan'tBelieveI'mWritingThis! is necessary. I didn't feel either writer standing too close to the edge (note the title of this blog...). It's your job to challenge yourself. Sit in the dark corners tied to a chair so you can't leave and meet what comes for you. Climb into the snake pit and pull the cover over your head. I guarantee you, not only will it scare the crap out of you, it will thrill you no end.

So what freaks you to write about?

For me it used to be sex. I was raised Catholic and--well, enough said, don't you think? I thought it was a victory just to have sex without being married, let alone write about it in all its nasty glory. Then a professor gave us that assignment in class one day: write what scares you. So I did. I had just started writing a novel for my honors class and my professor's challenge took the work to a whole other level. I realized I couldn't just write a sex scene. It had to go deeper than that. (I think there's a joke there somewhere...)


Sit in the dark corners tied to a chair so you can't leave and meet what comes for you. Climb into the snake pit and pull the cover over your head.

The novel was about a girl using her sexual escapades to kill off her good girl image.
The culminating scene took place in a strip club where the female main character had to enter a live peep show booth to strip and do whatever the man she was with told her to do. I stalled as long as I could with research (not that kind!) and, with the deadline looming, got to work. Let me set the scene so you know how difficult this was for me. At the time I lived with my parents to save money and because I worked full time as well as went to school full time in the evenings and had a dog I needed fed and walked in my absence.
So picture sitting in your childhood bedroom with the dolls your mother insists must not be hidden in the closet, pictures of you as a kid (one in your communion dress and veil), children running around playing and screaming right outside your window, and your mother knocking on your door about once an hour to ask you some silly question because she doesn't get the whole writing thing and must absolutely know right this minute if that's your laundry in the dryer and what do you want for dinner? And you're supposed to write what?
I needed to park in a dark alley off of The Block in East Baltimore with a bottle of gin, but I'm not that brave and I'm not a drinker. So it had to be done in my bedroom in my parents' house. It took me 26 hours to write the 10 page scene. Sixteen hours on Saturday, another ten hours on Sunday. In a way, I actually think where I wrote it helped. The tension of location versus content, my Catholic past versus my writing future. I was conscious of that tension the entire time and kept pushing and pushing against it, making sure I felt very uncomfortable the whole time.

That's key: discomfort. Add disgust, sweaty palms, and some nausea and you've got the magic formula.

Here's how you can make it happen for you: Tell yourself it has to be complete by a certain time and you're not allowed to do anything but write until the piece is finished (meals and bathroom breaks excepted). Tell yourself no one will read it, close your eyes and write. Sometimes it's easier if you can't see the words. Pretend you are another writer, for whom this subject is no big deal. She/he wants to shock and surprise. Let her/him at it. No deleting anything. Get all the way through first. Then leave it alone for at least three days, preferably a week. If you want to delete something at that time, delete only what doesn't serve/move the story or the characters, that's all.
Don't delete something because you're worried what other people will think of you. Do something nice for yourself once it's over. You might be high on the accomplishment, you might be exhausted, but find a way to appreciate your effort. A movie, a trashy book to read that doesn't tax your brain, a new pair of shoes, a phone call to a friend to relate your harrowing experience and be told you're awesome.
After that weekend, going back to write other sexually explicit scenes leading up to the peep show was a piece of cake. I enjoyed it. And now I can say 'been there, done that' about writing sex. Sure, there are different types of sex, different degrees, and I could try writing them all, but that was the edge for me, and it was enough. You'll be uncomfortable, but also have a great time with it because once you get past doing it the first time and realize you didn't spontaneously combust, you can appreciate the line you crossed, you'll feel more confident in your abilities, and you can look forward to shaking up your readers.
So what's your edge?
What scares you to write? Is it sex? Religious fervor/obsession/possession? The truth about your parents' marriage? The truth about your marriage? Death? Murder? Abuse? War? It doesn't have to be something big, humans are cruel and horrible in many small ways, but go for something big first. Go for broke. Get twisted. If you're working on something right now, look for the dark side and run straight for it. What you write may come out awkward, cliché, maybe too soft. The important thing is to keep pushing into the ugly. Don't let anything hold you back. You will get somewhere you never expected and, whether you use what you wrote or not, you'll be a better writer for it. I dare you.
_________________
Christine Stewart is a writer/editor in Baltimore and program director for literary arts with her state arts council. For editing services email therealwriter@gmail.com, and join her Facebook page: www.facebook.com/ChrisStewartTheRealWriter.