By Michael Neff
First of all, let's look at what a pitch should never be. 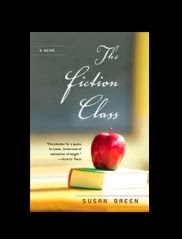 This is a modified example from a past pitch conference. Despite the fact that this writer received our pitch models in advance, the following is what they produced for the first day of the conference. The title and author's name are withheld for privacy reasons. As follows:
Sixteen-year-old Warren’s grandfather was his world: Chicago firefighter, Marine, master builder, musician, upstanding Polish-American man. Now Warren’s a stranger in his own house. His mother, a doctor, is guilty and distant; his father, a fire chief, means well but fails.  His siblings seemed to get all his grandfather’s gifts: discipline, heroism, talent, craft.  Warren tries his best to mimic their feats – swimming, piano-playing, building, firefighting – battling in spirit to take his grandfather back. He tries, and he fails. He resents and fears his awesome big brother, who guards the family heritage like a hero of yore; he envies and resents his kid brother’s grandstanding and musical gifts.
Warren’s part of the family and not, home but not home, with no one and nothing but his grandfather’s picture – his one guiding light – to call his own. In the end, shame and pride drive him to dream of revenge: unable to belong in his grandfather’s world, unwilling to accept the world that he’s left, will Warren set this house on fire?
Before you compare the above example to the examples below, you'll note that this pitch contains an ample amount of set-up. We learn about the kid and his life circumstances. Okay, great, and a wrap statement in the second paragraph. But what is missing?
Consider, we know zero about the plot. There is no hint of it, not a sign. The writer leads us to believe the kid will lead towards a revenge of some kind, but what kind? He apparently has no journey to undertake, no challenge to overcome, no complicating obstacle as far as we can see. What must Warren do? What will Warren do? Who knows? And it's the failure to answer these questions that cuts the heart out of this pitch. The professional hearing it, or reading it, will immediately see there is no plot evident.
Not exactly a good idea.
We recommend instead the following as effective models for a novel pitch session. Keep the core body of the pitch to 150-200 words. Note too that your pitch is a diagnostic tool that helps professionals determine the strong and weak points of your novel, thus enabling productive discussion on matters of premise, character, and plot development.

(PROTAGONIST INTRO AND SETTING) Shurka is a happy young woman who lives a fairy tale life with her beloved husband and their two young children, in a pretty house in a village in Poland. She believes that nothing can hurt them. Or so she thinks.

Then, World War II breaks out (INCITING INCIDENT) and the happy family quickly understands that their happiness has come to a brutal end. The family is forced to flee and find shelter in a neighboring ghetto (STAKES AND FIRST MAJOR PLOT POINT) where they discover the Gestapo is taking Jews away on trucks every night, never to be seen again.

Backs against the wall, the family makes the brave and very difficult choice to flee into the depths of a dark forest (EXTENSION OF FIRST MAJOR PLOT POINT). There, surrounded by animals, they know this is their only chance to escape the real beasts. They have no idea what will await them, but they know that doing nothing is not an option if they wish to survive. (CLIFF-HANGER: WILL THEY SURVIVE? WHAT PRICE MUST BE PAID?)

GIRL IN CABIN 13 by A. J. Rivers
Detective Murder Mystery

(PROTAGONIST INTRO AND SETTING) FBI agent Emma Griffin is sent undercover to the small sleepy town of Feathered Nest to uncover the truth behind the strings of disappearances that has left the town terrified (STAKES AND INCITING INCIDENT). To Emma there is nothing that can lay buried forever. Even though her own childhood has been plagued by deaths and disappearances. Her mother’s death, her father’s disappearance, and her boyfriend’s disappearance--the only cases that she hasn’t solved. Her obsession with finding out the truth behind her past was what led her to join the FBI.

Now, she must face what may be her biggest case. In Cabin 13 there lies an uneasy feeling. The feeling of her movements being watched. When a knock on her door revealed a body on her porch and her name written on a piece of paper in the dead man’s hand. Suddenly her worlds collide. (FIRST MAJOR PLOT POINT)

With the past still haunting her, Emma must fight past her own demons to stop the body count from rising. The woods have secrets. And this idyllic town has dark and murderous ones. Either she reveals them or risk them claiming her too. (CLIFF-HANGER AND ADDITIONAL STAKES - WILL SHE SAVE THE "FARM" AND LIVE TO TELL THE STORY?)