Writer Ego and the Imaginary Bob

You begin your first novel with equal parts ignorance and false optimism.

Many months, or even years later, you finally learn the enormity of your mistakes. Those popular writer magazines and the sociable little group of amateur writers that looked like a great plan, at first, now appear unreliable and even time wasting. At this juncture, you will either deny reality, quit altogether, or else vow to become a true and humble apprentice to the art of novel writing. 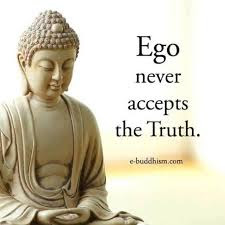 Ne confondez jamais une seule défaite avec une défaite finale.
- F. Scott
The process above is nearly inevitable for the vast majority of aspiring authors, and only the eternal narcissist is incapable of achieving a productive second stage. We've discussed this subject more than once. Of course, such a personality will always disagree and fume like a child, but what about less volatile, less serious forms of counterproductive ego?

About a year past, a screenplay writer I knew who lived in Kalamazoo called and asked me to help him convert his screenplay into a novel. I'd known this fellow for years (let's call him BOB) and he'd won various contests, even had a thriller-action screenplay optioned a few times by major studios, including Lions Gate. Nonetheless, he decided one day to convert one of his script creations into a full blown commercial novel, and intended to accomplish this incredible transformation in no less than six months. After all, he needed to make haste in order to attend a writer conference in Seattle where he felt reasonably certain a "smart agent" would sign him.

Now, I knew that Bob wasn't a narcissist as such. I'd been present when he accepted critique, and I'd been around him and talked with him enough that I would have seen the N flag raised more than once. Like other writer workshop leaders and teachers, I possess a fairly good sense for narcissist eruptions in the making, even in the early stages. But this wasn't Bob's way, as I've noted. However, upon speaking with him on the phone about his forced novel conversion deadline (keep in mind, he knew zip about novel writing), he reacted with disbelief. He could not grasp that transforming a 96 page screenplay into an 86,000+ word novel could actually take longer, perhaps far longer than six months. 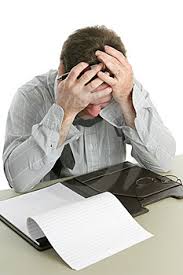 Even if he were already a veteran novel writer working under the best of circumstances, it would most likely take eight to 12 months to augment and gilt a sufficiently suitable masterpiece. But as a rank beginner, we must assume that between the clueless planning and actual execution (that would include at least three major revisions), then a final editorial scalding of one kind or another (barring any Oh-Shit-I-Neglected-to-do-XYZ), Bob was looking at a minimum of two years, but perhaps upwards of four or more. If he devoted full-time and worked closely with a professional novel editor, page by page, scene by scene, line by line, perhaps only one year? But the dollar cost would be tremendous.

Regardless, Bob avoided me after that phone conversation for a long time. I emailed him, inquired now and then, but he would always sound optimistic without divulging details. Finally, more than four years  later, we got together one night for dinner. He was excited to tell me he'd written a new thriller with a major Hollywood producer behind it, and when I inquired about the novel conversion, he just shook his head and said, "I've moved on."

Via a few other bits of information reluctantly delivered, I surmised that Bob had finally assembled a creaking shipwreck of a manuscript within a year's time, sent it out to agents, and following 50 or more boilerplate rejections, the ms finally served as cheap tinder for the living room fireplace.

The above is one of my stand-out examples, but there are many. These writers in question were not narcissists as such, no, but their egos just couldn't allow them to believe they were wrong in certain crucial circumstances, or accept they did not yet possess the necessary skill-set to accomplish the huge task before them.