Protagonist Sympathy Factors in the Hook

By Michael Neff
Have you ever won a Pulitzer for literature?

If so, you might consider disregarding the advice in this section. If not, then proceed. No article here at WE could be more representative of the model-and-context method of novel writing than this. 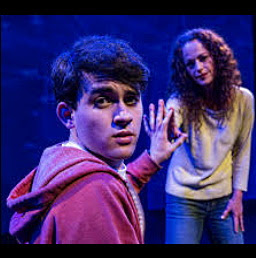 Look at the percentage of novels on the shelf right now that concentrate on creating a character the reader will become concerned with immediately. Quite a few? A novel hook with an interesting, unique, and sympathetic character will make agents sit up and take notice. This is vital to avoiding a rejection slip. A few classic examples of what we're talking about as follows below. Note that all points listed appear in the first 10 to 15 pages.

Christopher John Francis Boone - A first-person narrative from an autistic 15-year-old protagonist: "My name is Christopher John Francis Boone. I know all the countries of the world and their capital cities and every prime number up to 7,057."- He finds a dead dog with a garden fork sticking out of it and describes the scene in a detached, emotionless manner, until: "I had been hugging the dog for four minutes when I heard screaming." So this autistic child has a heroic capacity for caring and sympathy. He tells us he likes dogs because they are faithful and "they do not tell lies because they cannot talk." This gives us a sense that the character is moral--which becomes all the more poignant and sympathetic when he is unjustly accused by police of killing the dog.- He decides to write a murder mystery about the incident. When his teacher Siobhan suggests that a murder mystery about a human might be more compelling, the boy protests that some dogs are cleverer and more interesting than some people. Steve, for example, who comes to the school on Thursdays, needs help to eat his food and could not even fetch a stick ... Thus the protagonist is revealed as a keen and objective observer of the world around him, and in hilarious fashion.SummaryTalented and unique - Possesses a handicap - Shows compassion towards others - Possesses a moral sense - Undertakes a challenging task that requires brains and bravery____________________________

The First Five People You Meet in Heaven by Mitch Albom

EddieEddie is a wounded war veteran, an old man who has lived, in his mind, an uninspired life. His job is fixing rides at a seaside amusement park. The protagonist is old and infirm, yet polite and optimistic.- As a kid, he fought to protect his older brother. Scrappy, brave, and protective.- He likes kids, and they like him. He gives them candy and makes animal figures for them from pipe cleaners. These children are not the offspring of relatives or friends. They are kids that know him from the amusement park where he works. It is hard not to be sympathetic toward someone who likes kids and is kind to them.- He is generous. He gives his last two $20 bills to a dishwasher so the man can buy something for his wife.-. On his 83rd birthday, a tragic accident kills him as he tries to save a girl from a falling cart.SummaryPossesses a handicap - Protects the weak/shows courage - Generosity and compassion towards others - Brave and self-sacrificing____________________________

The Secret Life of Bees by Sue Monk Kidd

Lily OwenAnecdote in fictive past: When Lily was four, she witnessed a fight between her mother and her father and intervened when she saw a gun in her mother's hand. In the scuffle of the fight, the gun went off; Lily was blamed for her mother's death.Anecdote in fictive present: Lily awakens her father to see the spectacle of swarming bees in her room. When they arrive in her room the bees have vanished and her father, a mean and uncaring man, threatens to severely punish her if she ever again awakens him to anything less than finding the house in flames.Physical descriptions: Lily's hair is black, like her mother's, but is cowlicky and she looks unkempt because she's never had a woman in her life who could guide her in how to take proper care of herself. She's a fourteen-year old white girl, has almost no chin, but does have Sophia Loren eyes, even though this attribute isn't enough to get her noticed by even the loser-guys. She wears ill-fitting clothes she makes for herself in home ec. class at school because her father won't let her buy any new clothes.Personal Attributes: She's clever, imaginative and bright. The swarm of bees fascinates, rather than frightens her. One of her teachers tells her that she's very intelligent and she shouldn't settle for any career short of being a professor or writer. This sets her to reevaluating possibilities in her life because, prior to this, her highest aspiration had been to attend beauty school and become a hairdresser.SummaryBrave and self-sacrificing - Victim of an antagonistic personality - Pitiable due to struggle to compensate for abusive antagonist - Possesses special gifts____________________________

The Life of Pi by Yann Martel

Piscine Molitor PatelGeneral Background: He was raised in Pondicherry, India, the small, formerly French-occupied section of India, at a zoo where his father was founder, owner, director, head of a staff of fifty-three, and which Piscine viewed as "paradise on earth." He was educated at the University of Toronto where he double-majored in religious studies and zoology.General Concern: The first two lines in the book, bring instant concern for him: "My suffering left me sad and gloomy," and goes on to say, "Academic study and the steady, mindful practice of religion slowly brought me back to life."Attitude toward Life: He has suffered a great deal in life, and reports and he has learned to adjust to the pain of being alive by accepting both the folly of success and the slight one feels when success slips from reach. He concludes that the reason death always hovers nearby is because of its love for life and we get the sense he loves life. He appreciates the abundance of resources he has access to and we're to assume this is a love cultivated through great deprivation.Personal Attributes: He's a hard-working, determined person who is very bright, very observant, and infinitely patient. He was the only one in his family who learned how to swim, but he was determined to learn because of his great respect for the man who wanted to teach him and who was responsible for his name, which he shares with a famous Paris swimming pool. He excelled in school and while gathering data for his degree in zoology, he concentrated on observing the sloth in its natural habitat because, "... its demeanour—calm, quiet and introspective—did something to soothe my shattered self."SummaryVictim of "suffering" - He's a fighter - Introspective/observant/wise - Unique personality____________________________

Roxane CossSpecial Attributes: Roxane is a gifted opera diva. She possesses a voice of crystalline clarity so richly textured everyone who hears her sing can instantly appreciate the wonder and beauty of her vocal talent. It matters little the background of the listener. They may have come to her performance with a well-trained ear or they may have no more understanding of music than can be gathered from a life spent slogging through the mud of a harsh jungle environment; they may have been listening to music all their long-lived lives, or they may be young children staying up past their bedtimes; they may be women, men or adolescents—no matter, gratitude for having heard her is universal among those who have had the privilege of hearing her perform.Reactions of Others: Men desire her. All of the men in attendance at the concert long to be included in the kiss given her in the dark by her accompanist. One of the most powerful businessmen in Japan has flown half-way around the world to be in her presence even as he dislikes traveling, dislikes celebrating his birthday and the occasion is his birthday, and dislikes being with large groups of people he doesn't know, which is the current venue. Over the five years that he's been aware of her talent, he has sought out her performances around the world. She obviously has a magnetic pull on people. Her accompanist willingly places himself as a shield between her and the invading guerrillas. Not until he is poked with guns does he relinquish his protective covering of her body.Physical Attributes: On the floor, her hair spread out around her in such a wondrous array, each terrorist makes a point of walking past her just to look at her beautiful hair. Her perfume is delicate yet intoxicating, again noticeable by the guerrilla soldiers even on this night when the air is pungent with the near-presence of death.Personal Attributes: She is generous with her talent and offers to sing in the dark before the assembled audience becomes aware of the horror of the circumstance they're in. As she lies on the floor, she removes the hairpins from her hair and places them on her stomach in case others can use them as weapons, giving us a sense that she is also a bit brave, another sympathetic character trait.SummaryUnique talent/accomplished - Magnetic presence - Cherished by Others - Generous - Courageous____________________________

Third Degree by Patterson and Gross

San Francisco Homicide Lieutenant Lindsay Boxer- The protagonist is a successful woman in a traditionally male occupation (homicide detective), and she has earned the respect of her male colleagues.- She owns a dog and talks to it as if it were a roommate. She uses her body to shield the dog from harm in a dangerous situation.- She is brave; she goes into a burning building to save strangers. She risks her life to save a young child.
SummaryStrong and Independent - Loves Dogs - Caring and Courageous

By Michael Neff
At a conservative estimate, upwards of 250,000 writers in the U.S. are currently struggling to write or find an agent for their first commercial novel or memoir. If you understand this business, you also know why an enormous percentage are unable to make it happen. Below are my top seven reasons why otherwise passionate writers will join the 99.9% never to become commercially published (btw, to read other valid perspectives on this, click on the " novel rejection reasons " label on the right). 1. NEOPHYTE SKILL SET AND A FAILURE TO COMPREHEND THE PROBLEM   In the case of the writer's prose narrative, it just does not display the kind of energy, cinema, creativity, and polish necessary to convince a gatekeeper professional to go deeper. The first line falls with a thud, and the graph dips from there into a pond of blah. This circumstance is perhaps the number one cause of quick rejection. Usually, the writer in question is sufficiently new to the game, not aware,
3 comments
Read more

By Michael Neff
OUTSIDE OF NARCISSISM, IMPATIENCE AND BAD ADVICE ARE A WRITER'S WORST ENEMIES . If you ever attend writer events, you will never cease to hear utterances of bad writing advice, the popular kind that circulate like  ruinous viral memes through the nervous systems of America's aborning novel writers. And each time you are exposed, you either chuckle or swear, depending on your mood and the circumstance. You might make a daring attempt to kill the meme in its tracks before it can infect someone else, or you might just stare at the writer with a dumbfounded look and ask, "Where the hell did you hear that?" Yes, the primal question: WHERE THE HELL DID YOU HEAR THAT? Inevitably, many will point to their writer's group . Ahhhh, of course , you think. Why just recently at an Algonkian event , one of my faculty (a former senior editor at Random House) and I were faced with an individual who adamantly asserted to us both that using only one point of view to write a n
22 comments
Read more