By Michael Neff
Are brutal reviewers always good for you?
Are they more often right than wrong just because they're brutal? 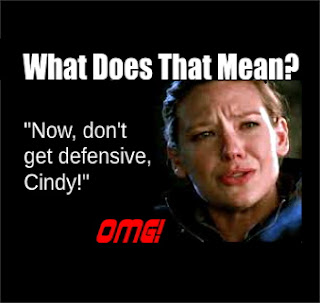 A friend recently said she had a "brutal critique partner" that could be relied on. It got me to thinking about brutal reviewers in my own experience who were worse than useless and actually destructive.  We need to keep in mind that the better an ms becomes, the harder such “brutal critics" are forced to scrape and excavate, inevitably focusing on matters of taste, e.g, “I don’t like that character's personality...” as opposed to “I think this point could be made clearer by doing XYZ.”
Place 10 of these brutal negatives in a room and they'll shred an unpublished novel to pieces, each in their own special way. But if the exact same novel were actually written by a commercial author favorite of theirs, they would not only praise it but compete with each other to deliver the most positive, in-depth insight into the work. Their blurbs would shower Amazon with five stars. Perhaps a "however" now and then, though nothing that could ever approach the brutality of decimating the ms they believed written by an unpublished writer.  Frankly, I’ve had experience with various coverage types in LA and fought huge battles with them over specific screenplays and manuscripts by writers known to me (two were clients) who they were attempting to annihilate, and I noticed, the more perfect the manuscript, the more vehement and extreme the critique. It was as if the good story and great prose infuriated them and made them all the more determined to find ways to chop at it. Of course, they made their living by using negativity as a substitute for authentic and insightful review, much like certain commercial book reviewers who go viciously negative in order to stand out in a crowd.

Place 10 of these brutal negatives in a room and they'll shred an unpublished novel to pieces, each in their own special way.

When looking for feedback on a fantasy manuscript I wrote two years ago, I purposely sought out three writers who I knew would rip me a big one (for various reasons), and all three did, but there were no commonalities. I figured that reasonably intelligent writers straining hard to be negative would find an issue if it really existed. It was weird to watch them strive to be as negative as possible over essentially petty things.  I once sent a very polished ms to some editors in Iowa who I trusted to put the final coat of paint on the top floor. Instead, they shredded the opening chapter of the ms in every inconceivable way. They strained to dissect sentences and nitpick “the real meaning” vs. the words actually used, and in a manner nothing short of bizarre. They even hated italics! Determined to be negative at all costs, the Iowa people didn't say one positive thing about any facet of the ms. When not provided their normal diet of necessary edits they simply picked and picked until they created a series of false negatives. The coverage people in LA, as I noted above, imitated this Iowa group. However, I couldn't help but notice the exact same editors, when courting a client for monetary reasons, fell over themselves being complimentary. Hmmmmmm...


Conclusion: if you must use reviewers, searched for balanced personalities, and look for commonalities.