By Michael Neff
Using the Rowling "Harry Potter" approach, you create a sympathetic underdog and render highly imaginative events with masterful narrative while also introducing more characters who are unique and endearing to the reader. Meanwhile, as mysteries writhe beneath the surface and the reader is absolutely gripped, you introduce the trope (e.g., a roving killer troll) in a circumstance that can't help but create immediate concern. 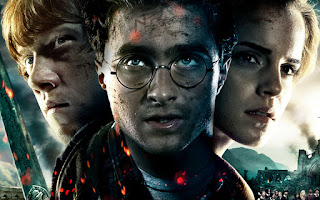 Which tropes must you employ in fantasy fiction vs. those you must reconsider, and perhaps discard or alter? What techniques might an unknown writer use to avoid overdone-to-a-char tropes and create a competitive fantasy fiction novel that trumps the slush pile? ... A writer who shall not be named was recently asked in a forum to identify what she believed to be overused fantasy tropes (YA or adult). As follows:

Golden-haired princesses, elves that are beautiful and magical and powerful and the most powerful race, grumpy dwarves that live underground, talking dragons, magical swords, white steeds, unicorns, vampires in general, looming castles, wizards with staffs (seriously why can't they have some other enchanted object?), female characters that are thin (particularly protagonists), the prince is always the most desired choice for a boyfriend, Caucasian protagonists and races, other races that resemble humans (Elves, dwarves, orcs are all roughly humanoid), female characters able to talk with animals, some magical object of power that will save the world, helpful hermits that always turn up at the right time, green eyes ...

A major problem for you, the modern day fantasy or young adult fantasy writer, consists of the struggle to identify which tropes are acceptable right now in the genre, which tropes should be modified or "refitted" and returned to the battle, and which should be avoided as if they were mines set to explode you into rejection letter hell.

As a writer workshop leader, I stress high concept stories (insofar as humanly or inhumanly possible) and the ability to view your work or the work of others with the eyes of a professional in the business--in other words, would you put your career on the line for that novel in an editorial meeting surrounded by senior editors, your bosses and the always bitching marketing department who demand great marketing hooks? Let's see one example of the contrast that becomes apparent at such time the brain of a hypothetical neophyte fantasy writer is compared with that of a veteran literary agent.

Through the eyes of the writer penning a story about a prophesied dragon-riding princess known as "The Chosen One" who wields a flaming sword of power while on her way, together with her favorite faerie, Glynfee, to visit the Wizard Crumgar at Hell's Keep and enlist his aid in finding a team of elves and dwarves to help her defeat evil and thus fulfill the prophecy:

I've seen dragons and prophecies, wizards and such, and I love Tolkien and Ann and Robert and all the movies with these creatures in them ... they're everywhere, others love them, and this tells me such things are what people will always wish to read about.

In other words, the fact of reading and seeing overused tropes done so many times by great authors, or in films, or in the Halloween costume store, leads to the assumption that because they are ubiquitous or prevalent they are somehow immortal, never to be overlooked or overdone.

A novel-dooming assumption if there ever was one.

Can you imagine the hundreds, perhaps thousands of manuscripts like the one above that don't stand a chance? Or do they? Let's see the same manuscript or story concept through the eyes of a veteran fantasy agent:

Oh my God, another dragon-riding princess out to fulfill a prophecy ... And let's see, some elves and faeries, of course, what else? A flaming sword? Argh! I'm getting two hundred of these a week. Can't anyone write anything that sounds original? I'm suffering an existential crisis ...

The literary agent, on the look for high concept stories, something unique she can sell a publisher, is going mad after reading query letters about novels that all begin to sound the same. Can you sympathize with her? Isn't she more likely to focus on a story that doesn't sound like all the rest? Isn't she/he? Isn't THAT the story you should be writing, aspiring fantasy author? Shouldn't you try to stand out from that Montana-sized slush mob from archetypal flaming-sword hell?

But how to do it? Besides simply avoiding the mention and use of faeries, witches, flaming swords, and so forth, let's explore and consider other ways. You might high-concept a fantasy novel by creating a unique setting for the novel. A writer we know recently created a special tree hundreds of miles in diameter called The Brood Haven and populated it with various cultures and creatures, and explained it in such a way that it came alive and fascinated all who heard it. One of our writers at Author Salon has created a unique and complex fantasy version of Manhattan, but one alive with personality in a world that somewhat mirrors our own. Settings such as these will help convince agents and editors to take the novel seriously.

Another way is to invent a culture in a fantasy world different from other trope cultures, many of which typically mimic medieval or Tolkien-esque cultures. But how? Look for a culture extant on this planet (or from the past) that is unique ... search New Guinea, South America, Africa, the South Seas, even American cults, or perhaps just Thailand, and brainstorm a new and unique culture for your world, but unharness the imagination. Be aggressive with it. Between unusual cultures and settings, you create a hooky little pouch within which to insert those tropes the genre demands and which never grow old enough to go away: the battle of good vs evil, the game of romance, the need for a hero, conflicts between allies, among others.

Or let's pretend you simply MUST have a troll in your story, maybe even a killer troll. Okay, fine, we'll leave it out of the query letter or pitch simply because it might be a FLUSH WORD (i.e., agent hears or reads word and in her mind a hand reaches out and pushes the flush button).

Using the Rowling "Harry Potter" approach, you create a sympathetic underdog and render highly imaginative events with masterful narrative while also introducing more characters who are unique and endearing to the reader. Meanwhile, as mysteries writhe beneath the surface and the reader is absolutely gripped, you introduce the trope (e.g., a roving killer troll) in a circumstance that can't help but create immediate concern (as opposed to an early exposition comment about "the Trolls of Hell's Keep"), and attempt, insofar as possible, to make an aspect of the killer troll a bit different from other troll tropes.
And while you're at it, introduce the monster without reference to it being a troll, calling it something else (the "Bolly Wumpus" or whatever), and only later, a character might say, "In another time, they called them trolls. But these aren't really trolls, not like our parents knew them ..." etc.

In effect, you counterbalanced the overused trope by giving it a new twist, introducing it with a new set of clothes or background, or by containing it within a special setting or circumstance. Keep in mind that none of the aforementioned is possible without imagination. It's your best friend. Push it to the utmost and it will help you stand out from the flame-sword slush mob and get a contract.

And as a bonus, your agent and editor will love you.

btw, anyone invent a steampunk Troll yet? No? ... Yes?

By Michael Neff
At a conservative estimate, upwards of 250,000 writers in the U.S. are currently struggling to write or find an agent for their first commercial novel or memoir. If you understand this business, you also know why an enormous percentage are unable to make it happen. Below are my top seven reasons why otherwise passionate writers will join the 99.9% never to become commercially published (btw, to read other valid perspectives on this, click on the " novel rejection reasons " label on the right). 1. NEOPHYTE SKILL SET AND A FAILURE TO COMPREHEND THE PROBLEM   In the case of the writer's prose narrative, it just does not display the kind of energy, cinema, creativity, and polish necessary to convince a gatekeeper professional to go deeper. The first line falls with a thud, and the graph dips from there into a pond of blah. This circumstance is perhaps the number one cause of quick rejection. Usually, the writer in question is sufficiently new to the game, not aware,
4 comments
Read more

By Michael Neff
OUTSIDE OF NARCISSISM, IMPATIENCE AND BAD ADVICE ARE A WRITER'S WORST ENEMIES . If you ever attend writer events, you will never cease to hear utterances of bad writing advice, the popular kind that circulate like  ruinous viral memes through the nervous systems of America's aborning novel writers. And each time you are exposed, you either chuckle or swear, depending on your mood and the circumstance. You might make a daring attempt to kill the meme in its tracks before it can infect someone else, or you might just stare at the writer with a dumbfounded look and ask, "Where the hell did you hear that?" Yes, the primal question: WHERE THE HELL DID YOU HEAR THAT? Inevitably, many will point to their writer's group . Ahhhh, of course , you think. Why just recently at an Algonkian event , one of my faculty (a former senior editor at Random House) and I were faced with an individual who adamantly asserted to us both that using only one point of view to write a n
23 comments
Read more