By Michael Neff
If you're working on a commercial fiction or narrative non-fiction manuscript, you will benefit if you view your project as possessing three layers of increasing complexity:

Layer II: The actual scenes in the story, as well as the nature of the inter-scene narrative. Consider your story generally composed of units of scene, each scene performing specific tasks in the novel, always moving the plot line(s) forward and evolving the character(s). Each scene contains an opening set, an evolution of middle, and conclusion. But whether scene-based, or inter-scene, this layer comprises the matter and techniques that clarify, evolve, and elaborate on the matters of Layer I.

Layer III: The narrative composition and delivery of your scenes and inter-scene text. This includes proper point of view(s), overall tone, the quality of the narrative prose in terms of sentences, cinema, emotion display, metaphor, and more.
But for our purposes here, let's focus on Layer 2.

Examining the progress of a protagonist or major character as they struggle and strive through the story within the context of any given scene, we can divide the vast majority of scenes into three general types. As you seek to storyboard each scene in the manner of a film director--sketching out visual setting and structural progression--carefully overview the notes below before you begin.

Types of scenes as follows:

1. Goal-to-Failure (for protagonist or other character) 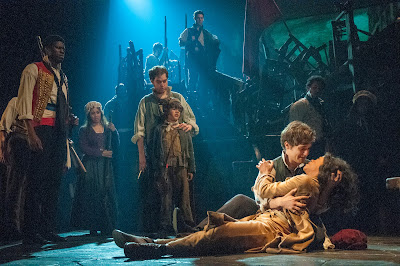 Goal: What does your protagonist or other major character(s) desire or wish to accomplish? What circumstance do they wish to come about? What objective do they want to achieve? Whatever they want should relate directly or indirectly to the progression of the major plot line(s) (or subplot). The Goal must be clear to the character and the reader (otherwise we have FINNEGAN'S WAKE). This assures you will write scenes with a point that relates to the bigger story, as well as create a character who is actively engaged, not just a victim or bystander. Very important!

Conflict: What are the obstacles your character faces? If he/she doesn't struggle in some manner for the goal, if no conflict of any kind present, you risk a dull read (esp if you're wrting high-impact genre fiction). Set your sights on at least two obstacles to overcome in any given scene. If only one, make it a BIG ONE, i.e., as appropriate for the setting and genre, as well as the role of the scene in the story.

Failure, Calamity, or Victory at a Cost: the character might come close but fails ultimately to reach the goal; reaches it only in part (and with difficulty), or achieves it but at a real cost (another character perishes, or another problem created, e.g., King Arthur is rescued but becomes a zombie as a result, etc.). You have to keep the page turning, regardless of the genre.

2. Goal-to-Success (for antagonists) Same as above, except in this case, the antagonist might score a victory or three. It can't be a cake walk for them, and a downside effect might well be evident, however, victory nonetheless. And if the reader knows, but the protagonist doesn't, you have a great situation of DRAMATIC IRONY in the works that creates extra suspense.

In order for Isabel to align with Roberta's enemy, Joanie Cunningham, to get Roberta fired from her new management job as director of the Government for Citizens Project, Isabel must make a deal with Joanie that compromises her or forces her to give up something important to her. And if the reader likes Roberta, and knows this is coming, they fear for their beloved character.

3. Reaction-to-Decision (for any character)
If a Goal-to-Failure (GTF) scene occurs, your character's forward movement has been reversed or at least hampered or complicated. A scene that reacts to that condition or fact is almost always necessary.

Reaction: What is the emotional and consequential reaction to the failure that took place in the previous scene? The conflict is lost and the protagonist sits on the bank of a metaphorical river, pondering fate and life. She or he is angry, hurt, confused, dyspeptic, all of the above. Keep in mind that emotional states progress, for example, from anger to despair to resolve.

Dilemma: As a result of the GTF have you created a new circumstance with zero or few good options? Options with potentially negative outcomes? Options that might not be workable? Your protagonist or major character (POV character/narrator or no) must be facing a significant dilemma. The reader wonders what can possibly happen next. What seems to be the lesser-of-the-evil options?

Decision: How does the protagonist return to the dinner table or the skirmish line as a proactive character? Does the decision carry risk? Does it create new suspense? If so, how? There must always be potential downside, and perhaps in more than one way, or in a way the protagonist doesn't expect but the reader does. And what is the nature of the new goal to achieve the primary goal? If the author in MISERY has his kneecaps pounded to pulp by Kathy Bates (major reversal), he makes a decision to escape his captor in a new way, by pretending to cooperate long enough to lure her into a trap.
There is more to writing successful scenes, but once you've used the three above to lay the storyboard foundation for your scene, you can't help but be well on your way to writing competitive narrative and story.